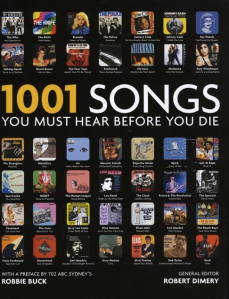 When good friend and associate editor Bruno MacDonald asked me to contribute to this classic Cassell series, by paying homage to songs in the canon that make my heart skip, I jumped at the chance. And Pulp’s Common People was right at the top of my list.

“She came from Greece, she had a thirst for knowledge/ she studied sculpture at St Martins College…”, the recognisable intro to this call-to-arms ditty against class tourism catapulted Pulp from leftfield obscurity into the mainstream. Tinkering on a cheap old Casio, Jarvis Cocker’s two-fingered organ intro set the tone in an era where grunge was dead and Britpop had emerged with its own class war in the shape of Blur vs Oasis.

Producer Chris Thomas, whose credentials included the Sex Pistols and Roxy Music, was hired as “he had a neck brace on… our kind of person,” says Cocker. Recording in London using budget instruments, they had two weeks to cram in 48 tracks – lending the session an old curiosity shop vibe. The song builds to its sing-a-long crescendo with a sneering, socio-political punchline to rival ‘God Save The Queen’: “because you think that poor is cool.”

The lyrics depict a working-class man’s encounter with an attractive, wealthy Greek art student whose idea of glamour involves slumming it in London’s East End. Cocker has since forgotten the girls’ identity but has revealed the half-truths contained in his autobiographical lyrics; firstly she may have not studied sculpture but the line scanned better. Secondly, it implies that she wants to bed him but poetic license to enhance a narrative isn’t unheard of in pop music. Cocker, however, had the last laugh as the song propelled him from eccentric weirdo to pop star and national treasure – not bad innings for an ex-fishmonger from Sheffield.